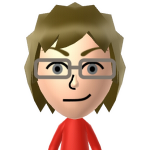 3,608 Edits since joining this wiki
August 7, 2014
Greetings t'ya! I'm just a regular teen from America with great plans. I don't really do much other than help with the wiki.

As someone who owns both Tomodachi Life and Tomodachi Collection (On an emulator), I can say I'm more than addicted to Mii-centered games. That all started after watching Vinesauce, one of my favorite streamers, stream a series of playthroughs of Life, sparking my interest in the series. Time passed, and islanders came and went. My Island in both games now has a population of 90.

During my playthrough of both games, I made all kinds of creative ways for the islanders to interact with one another, such as forming the Three Broke Dudes Rock Band, the techno group Team Revolution, and my personal favorite, the Mona Sisters, in Tomdachi Life. The Islanders themselves are mainly Miis of pre-established characters, such as Mario, although many are created directly by me exclusively for the Tomodachi series, or characters from a series I myself created, such as the Steampunk based Revolution Industrial. Overall, one could say that my island is a great place to live.

The Fall and Reconstruction of Lone Star Island

However, not everything was OK on Lone Star, for Satan, the Devil, eventually regained his full strength and decided to conquer the world. He destroyed Lone Star (In reality, I reset my save data, but I made this into Satan destroying the island in-universe), and took with it many islanders. A few survived and began to hide out in various spots around the globe. One year later, Austin decided to fight back against the devil in a far off land (see my page on the Miitopia wiki for details; It's my playthrough of that game.) With the help of several survivors, he successfully put down the Devil and returned to Lone Star, or what was left of it, at least. Now, the island is currently being rebuilt by many surviving islanders. But will Lone Star ever be the same?

*NOTE: Because TC does not support QR Codes, only Images of the Islanders themselves will be posted. An astrix by their name indicates that they are also on my Tomodachi Life island.

Couples (Both former and current)

Hannah Wilson (Traveler, does not recognize new island)
Add a photo to this gallery

Aubree Knight (Traveler, does not recognize new island)
Add a photo to this gallery

Naveah Gredenburg (Resident, lives on new island)
Add a photo to this gallery

Cameron (Resident, lives on new island)
Add a photo to this gallery

Baily (Resident)
Add a photo to this gallery

Nathaniel (Traveler)
Add a photo to this gallery

Luke (Resident)
Add a photo to this gallery

Joseph (Resident)
Add a photo to this gallery

Anyways, here's some facts about yours truly:

Retrieved from "https://tomodachi.fandom.com/wiki/User:Aski1?oldid=41050"
Community content is available under CC-BY-SA unless otherwise noted.