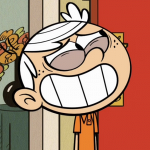 Why hello there! I'm ThatWikiUser! I don't use this wiki often, but feel free to check out my profile page!

Before I stopped using this wiki often, I used to contribute to this wiki. Here are some of my uploads:

My Mii choking after eating a doughnut, my Mii's worst ever food.

Nene and Dillion become best friends, but this time, you can see the stars surrounding them.

A Mii apologizing in Tomodachi Collection.

A Mii calling another Mii a meanie (misspelled meany) during a fight in Tomodachi Collection.

Nene and Peg on a Ferris wheel.

Piper reeling in a fish while UBCF watches her.

Darnah Jr. pulls out a Wii U Gamepad while Harwah prepares to cheer him on.

Austin is so deep in a sleep, he didn't notice me calling him.

Pat and a Mii in an unknown-hero mask look at me as I prepare to enter one of their apartments.

Darnnah and Bailey (now divorced) hang out at the cafe while Announcer (former boyfriend of Bailey's) looks through the window, sad.

A picture of a cave, which can pop up if a Mii is told to take a picture of something realistic with a disposable camera.

A clock tolls, as Grizz and Peridot have failed to work out their relationship.

The bouquet toss at Peg Jr. and Peam's wedding.

Austin jumps up and down (along with a video of UBCF) as I have won the Mii Shadow Islander Game.

The Congratulations screen for the Mii Shadow game.

An airplane flies over Miss Me and Hanwin, who are waving at it.

Darwin thinks Darnnah (then a toddler) is funny, as shown in a home movie.

Brucey Boy's feelings have changed for Piper, and would like to go back to being just friends.

Peg and another Mii in space.

Peg Jr., Nicole, Ice Bear, Miss Me Jr., and 2 other Miis lie on the floor of Peg Jr.'s apartment.

At least 1 person in every Mii Home is asleep, in a VERY rare occasion.

Ian thinks I have such an amazing look and asks me if I mind being photographed.

Austin gets distracted at Ian takes photos of me.

A lighting error with Saearl and a baby.

A better version of the Tomodachi Collection image shown above.

A Mii has just detected that the player's splitting image is moving in Tomodachi Collection.

The Barber interior in Tomodachi Collection.

A Mii cooking using a frying pan in Tomodachi Collection.

Ava has just arrived at Brucey Boy's apartment, and is ready for a HUGE fight with him.

The Ferris wheel cart moves back and forth as Darwin attempts to propose to Hannah.

A GIF of Darwin blasting off into space after feeding him a croissant, his Super All Time Favorite food.

A Mii wants me to throw a frisbee at her instead of Baby.
Add a photo to this gallery
Retrieved from "https://tomodachi.fandom.com/wiki/User:ThatWikiUser?oldid=33430"
Community content is available under CC-BY-SA unless otherwise noted.